Forces are spells that can either be used for offense or support. They can alter the abilities and the environment of oneself or others.

There are a total of six Force Classes: Holy, Dark, Fire, Aqua, Terra, and Wind. Each class is split into Basic, Expert, Elite, and Master Forces. 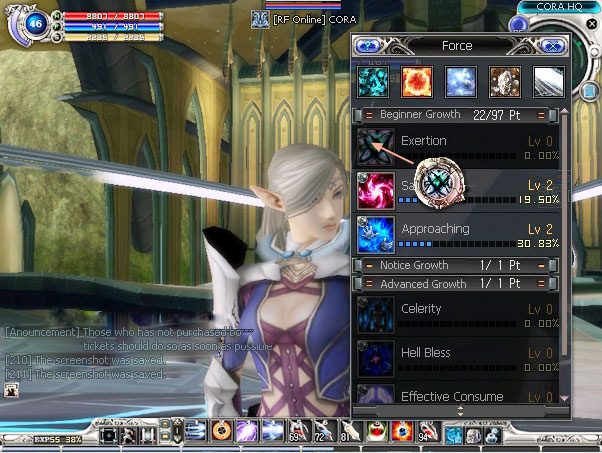 Many thanks to Cawa for contributing!