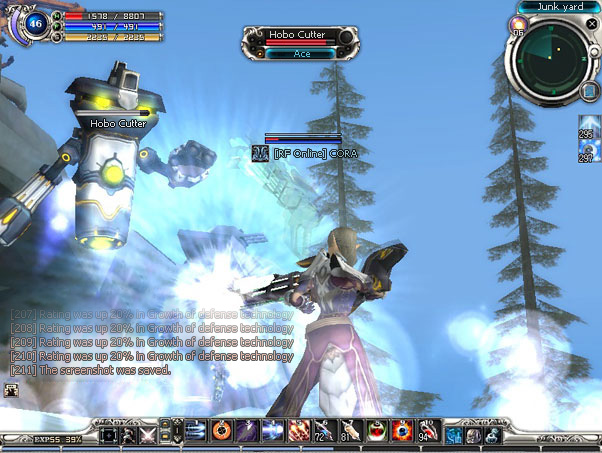 Left-click on the monster or character you want to attack. Their status bar will appear on top of your screen.AttackOnce you’ve targeted a monster or character, there are several ways you can attack it:- Left-click the monster again- Hit the spacebar- Use a Skill or ForceIf you don’t want to continuously hit the spacebar or left-click your mouse for continuously attacks, you can change your setting to “Automatic Attack Mode.” This mode is toggled on and off by pressing the hotkey “Z” or “CTRL+Z” or pressing the “Attack Mode” icon on your belt.

Monsters are indicated in yellow on your interface’s radar. Be careful – some monsters will attack you if you get too close to them, even if you don’t attack first. These monsters are labeled as aggressive. You can check whether or not a monster is aggressive by looking for the “Aggressive” icon on the monster’s status bar. 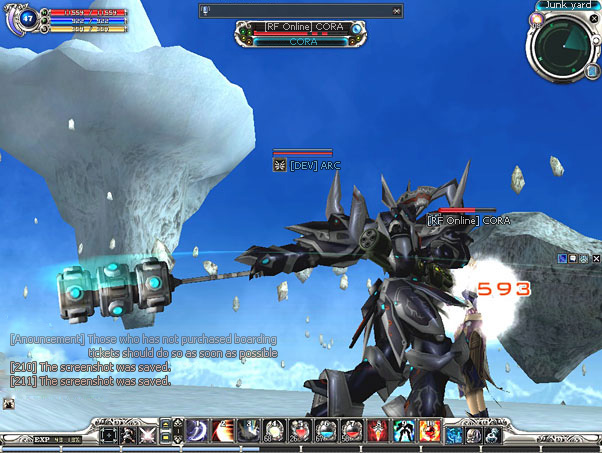 You can attack other players of different races anywhere other than in safe zones. Safe zones include HQ’s and most buildings. You can easily differentiate between the different races solely by their looks. Their names will also be a different color than your race. 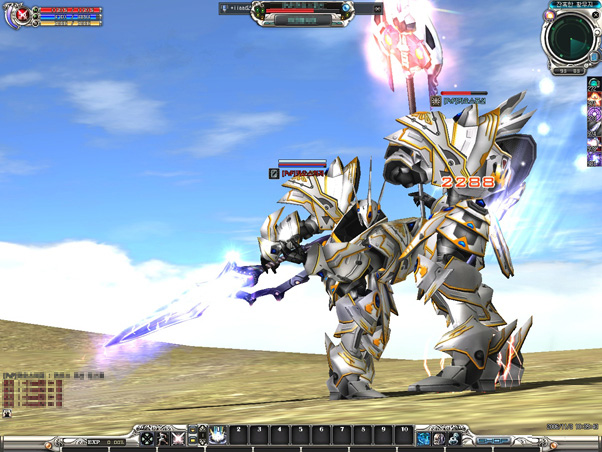 You won’t be able to attack members of your own race unless you use a Chaos Potion (or Chaos Chargers) on your character, Chaos Potions are found in the Cash Shop.Players who have consumed a Chaos Potion will have their names displayed in red.